This wasn’t the first blog entry I had planned to write. The topic I had in mind was entirely different- philosophical and thought-provoking, yet in keeping with the festive season. It should appear next week all going to plan just in time for Christmas. However, this weekend, life had other plans for me, or more specifically some rather nasty gastroenteritis-causing virus that so typically since becoming a mother danced around the edges of my existence, causing discomfort but not disabling, before it so nicely waged war on MissBB (my only child, aged 4) and my other half. Naturally, this leaves me, the maternal force in this household taking charge, keeping on going, whilst the afflicted victims crank up far too much screen-time in a pallid, limp state.

I am grateful that in the last four years that this is only the second stomach bug my daughter has faced, due I am sure to the extended breastfeeding relationship we have had (expect more on that in later posts). However, it had a violent onslaught at 1am Saturday night and the rest of the night thereafter. The multiple bed changes and all the necessary nurturing, I am sure all parents have to go through at times when their children are similarly attacked by such nasty viral visitors, is exhausting. I should say here that this is but another layer of exhaustion on top of the general working mum fatigue and the fatigue of someone living in Christchurch three years post the quakes that have ravaged my city.

I work an incredibly full-on job as a part-time academic (0.8FTE paid….) but typically far from part-time in hours (more to come in future posts on this). Many part-time parents can relate to this familiar tale of the realities of part-time employment, full time parenting. Some of the flow-on effects can be found here and here (tip of the iceberg- I’ll delve into this intermittently in my future posts). My work comes home with me every night and once the parenting is done, the household chores are sorted, the late shift of work begins. This weekend I had (heck, have, as yet to start) some pressing work to finish, deadlines to meet.

When MissBB first called out at 1am I was trying to get my head around what exactly those work tasks were and decide how I could prioritise to do them the next day. Amongst my instant and instinctive response to attend to my child’s needs, but mainly in the aftermath lying beside her trying in vain to sleep in between holding the bowl for her vomiting episodes, my mind was the pressure of the work tasks ahead of me and the impossibility of the situation. How could I get it all done? Eventually I let go and still much later sleep finally  but briefly slipped over me after 4 am.

Yet nestled within the unpleasantness of dealing with someone being so violently ill, there was a strange but recognisable beauty. Holding my daughter’s hair gently back from her face, whilst she without a whisper of complaint held her head over a bowl for the first time and then again and again reminded me of all the times my mother and partners over the years have done that for me and it felt so soft and gentle to be doing this. Wiping her face with a cool cloth after each episode and holding a cup whilst she ever so delicately sipped water to take away the acid burn was such a symbol of nurturing also, that I couldn’t quite help but be touched by the intimacy of the moments my daughter and I shared.

In the morning that followed with my mind telling my brain to be still about the tasks as yet to be started, I found a pressing need for calm. My daughter needed me and my full attention whilst she lay on the couch, limp, pale and feverish and so uncharacteristically still and quiet. And whilst I may have momentarily glimpsed a sense of panic within me when she curled up on top of me to doze mid-morning for well over an hour (that to-do list just itched to burst into a loud song) , I chose instead to savour that time. My arms curled around her whilst she lay on me in the fetal position like she was a newborn let four years flash before my eyes. It felt so special and so incredibly precious to be holding my daughter and to have this moment that it needed to be cherished, saved up, remembered.

Perhaps I was more sensitive to the need to hold, be still and calm, and reflect this particular weekend. The tragic death of my boss’s wife when their car hit a rogue horse on the road on Thursday reminds me that life is indeed too precious and sometimes far too short. Our greatest gift to the world and to ourselves is our children. No matter how unpleasant the job of parenting may seem at times there is always beauty and tenderness that can be found. Forget the to-do list – it will still be there. Take the time instead to savour the gift you created.

Parenting by instinct is written by Victoria Metcalf, PhD. Scientist in biology and genetics, science communicator and community science expert, as well as mother to a beautiful daughter. 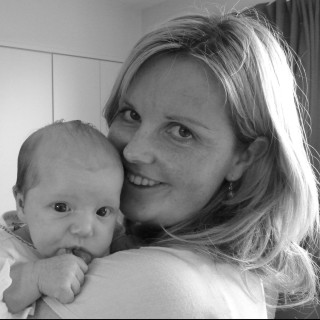 I am a marine biologist and science communicator committed to making a difference. I have made many trips to the Antarctic, particularly researching environmental change impacts on Antarctic fish and shellfish. My previous role in the Office of the Prime Minister’s Chief Science Advisor as National Coordinator of the Participatory Science Platform, whereby communities, educators and scientists receive funding to work together on locally meaningful projects, was highly rewarding and matches my passion for engaging the public with science. I am now working as a Strategic Relationships Advisor for the Royal Society. I have also been a steadfast advocate for women in STEM. I'm a single mother to a busy, curious now ten-year-old daughter, and we love exploration of the world around us together on bike and foot. I'm passionate about conscious parenting informed by good research evidence.